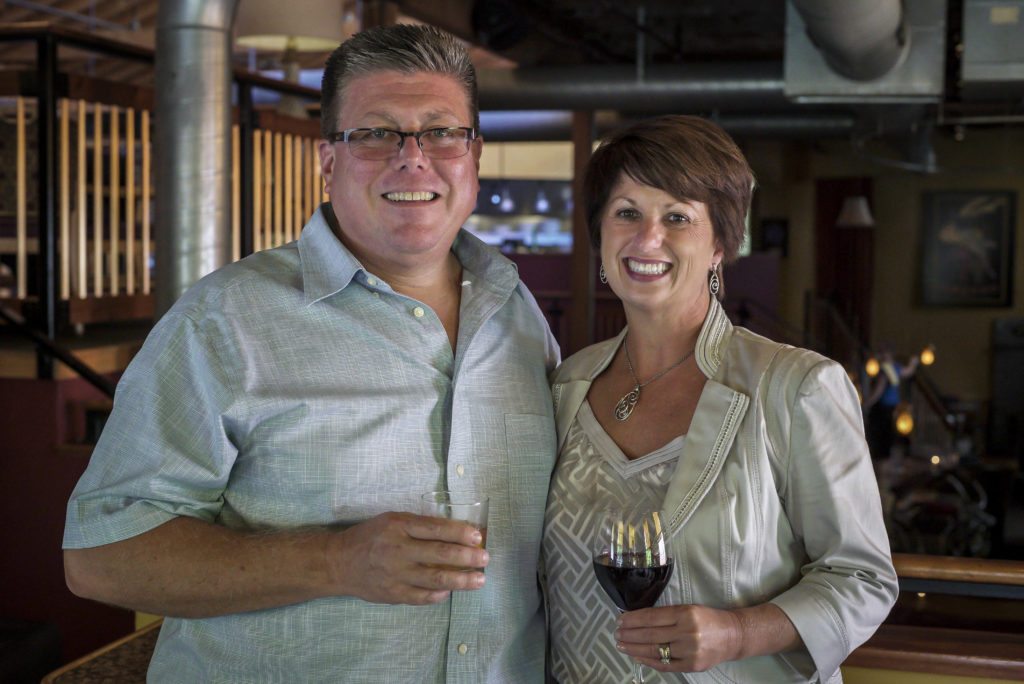 Paul and Wendy Hamilton first considered the idea of opening their own restaurant while Paul was directing food and hotel operations for Clipper Cruise Line and Wendy was heading up the marketing department for South Side National Bank. Paul graduated from Penn State University with a degree in Hotel & Restaurant Management and had managed several independent restaurants as well as food & beverage operations at Walt Disney World in Florida. Wendy graduated from Southwest Missouri State with a marketing degree and had previously worked in the hospitality industry for several years.

The couple opened their first restaurant Eleven Eleven Mississippi (the street address), in what was originally a burned out 100-year-old warehouse, in 2003. Inspired by their love for the Tuscan & Northern California wine regions, Eleven Eleven was an instant success and was the beginning of what has turned out to be a thriving multi-concept restaurant group known as Hamilton Hospitality.

In 2006 they opened their second and third businesses, Moulin an events and meeting facility, and a French rooftop restaurant they named Vin de Set. Moulin has grown over the years and currently comprises 27,000 square feet of space utilizing eight private rooms all with a slightly different feel from one another. Vin de Set, which was the first rooftop restaurant and bar in St. Louis, has one of the best views the city has to offer.

In 2008 the couple opened Grand Petite Market a wine and culinary shop. Two years later they opened PW Pizza an upscale full-service pizza restaurant, and a few years after that they followed up with 21st Street Brewers Bar which focuses mainly on locally brewed craft beers.

Over the years Paul, who grew up on a farm in Pennsylvania, started to grow as much produce as possible for the restaurants and in 2012 established Hamilton Urban Farm by turning a quarter-acre parking lot into a traditional garden and incorporating vertical aeroponic towers on the roof of Vin de Set and at the entrance to Eleven Eleven. A few years later they constructed a 1500 square foot commercial hydroponic greenhouse on an adjacent property capable of growing over 3000 separate plants in vertical towers. In addition, fruit trees have been planted around the garden and throughout the landscaping surrounding their building to create an urban orchard. They also keep bees and roost chickens utilizing the fresh eggs and honey on their menus.

The Hamilton’s partnered with Charleville Brewing Co. in 2017 to provide food specifically designed to pair well with the craft beer brewed on site.

In 2018 Paul & Wendy along with Jason Arnold opened Hamilton’s Urban Steakhouse & Bourbon Bar adjacent to the Brewery. Serving locally sourced 100% heritage breed black Angus beef and sourcing the majority of all vegetables from the onsite greenhouse or urban farm.

The Rhone Rum Bar, which was inspired by Paul & Wendy’s love of the British Virgin Islands, opened in 2019 and brings a taste of the Caribbean to the Midwest by offering island fare and the largest selection of rum in St. Louis.

Paul and Wendy have a knack for recognizing the potential of neglected historic city buildings and have turned what most consider tear downs into some of the most uniquely designed restaurants in St. Louis. All of their properties are located in or adjacent to the historic Lafayette Square neighborhood and they do much of the design and finish work themselves. The attention to detail and the overall warmth they convey on each project is immediately evident when you walk through the door.

Over the last sixteen years, all of their businesses have been recognized in some way as being the best at what they do. Eleven Eleven, Vin de Set and Hamilton’s Urban Steak House are recognized throughout the St. Louis region for delivering exceptional service and innovative cuisine. Accolades include Zagat’s “America’s Top Restaurants,” “Best New Restaurant,” “Best Overall Restaurant,” “Favorite Business Lunch,” “Favorite Service Staff,” “Favorite Outdoor Dining” and “Best Brunch.” The wine lists have been recognized by Wine Spectator earning the “Award of Excellence” and the Wine Enthusiast with their “Award of Distinction” every year since opening. Also, PW Pizza is recognized as one of the “Best Pizza Restaurants, ” and 21st Street Brewers Bar has the distinction of being one of the “Best Beer Bars.

For more information about our family of restaurants please contact us today.
Get in touch